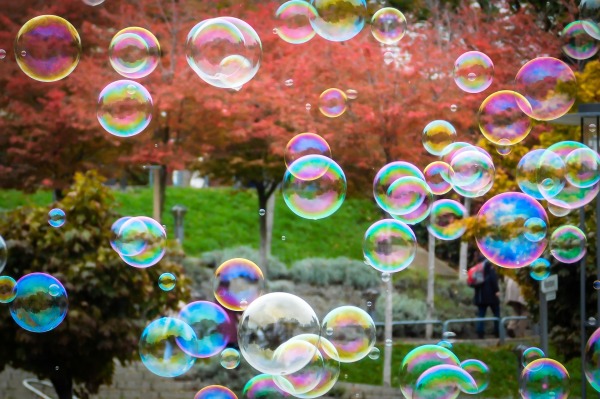 I’ve wanted to do a flash mob since I learned about it on YouTube a long time ago. I love seeing the seemingly spontaneous dance (or other activity) bring smiles (after initial confusion) to the faces of bystanders. It’s a wonderful combination of performance, surprise, and joy. Also, my Type A personality appreciates how much planning it takes to make it happen.

Participating in a flash mob is pretty straightforward, definitely one of my easiest accomplished goals so far. I use Facebook to search public events for the term “flash mob” and find out about the International Bubble Flash Mob, which happens in Seattle and London on the same day at the same time.