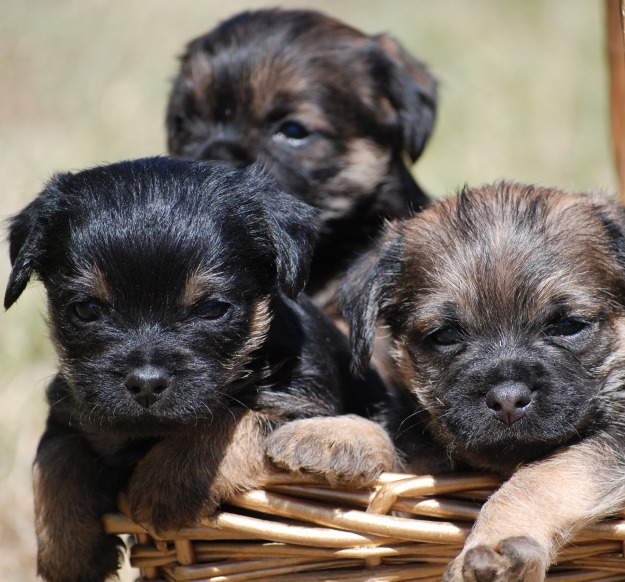 Puppies!! (cue the “awww….”) Aren’t you glad I chose these puppies instead of a picture of a tarantula?

We’re standing in the “Authorized Personnel Only” room in Bug World at the Woodland Park Zoo in Seattle, surrounded by hundreds of bugs in containers big and small, waiting to see if I’ll freak out.

I’m a little afraid of spiders. Not to the point where I’m terrified to be in the same room as them (I used to be!), but I definitely get nervous when there’s one close by. I think about how creepy they feel, and how gross it is to walk into a web, and that escalates to being sure that I’ll get bitten.

It’s irrational. But that’s what fear does. It takes the smallest possibility of reality and turns it into a horrible scene from a bad sci-fi or fantasy monster movie, where the spiders are three times bigger than a car and attack people as food.

So, because of this media-induced fear, during the 31 Days of Everyday Adventure challenge, when it comes time to do the activity that says, “Make plans to do the thing you’re afraid of,” I think of spiders.

END_OF_DOCUMENT_TOKEN_TO_BE_REPLACED

I’ve really enjoyed these last few days of the challenge. As I write this post, I feel so grateful that people were excited about participating and following along. It’s been an amazing experience for me to create (and do) something that helps us appreciate life more. I’ve grown as a person, taken steps to leave my comfort zone, and was constantly reminded to enjoy the small things instead of rushing to the next big thing.

A very special shout out and thank you to my blogging partners on this challenge: Suz from McVagabonds, Lara Krupicka, and Randi from Life’s Simple Adventures. Their bios are on the challenge page, but you should check out their blogs as well. They’re all doing amazing things and are wonderful people to know! It’s been amazing to go through this challenge with them.

END_OF_DOCUMENT_TOKEN_TO_BE_REPLACED

We’re almost done with our Everyday Adventure challenge! It’s definitely been a challenging and rewarding experience so far, and I’m so happy that you’re all enjoying it.

I really enjoyed this week – it had some of the most fun activities, like having a conversation with strangers, and inventing a game with friends. We also did many other interesting challenges: read more below!

A special shout out and thank you to my blogging partners on this challenge: Suz from McVagabonds, Lara Krupicka, and Randi from Life’s Simple Adventures. Their bios are on the challenge page, but you should check out their blogs as well. They’re all doing amazing things and are wonderful people to know!