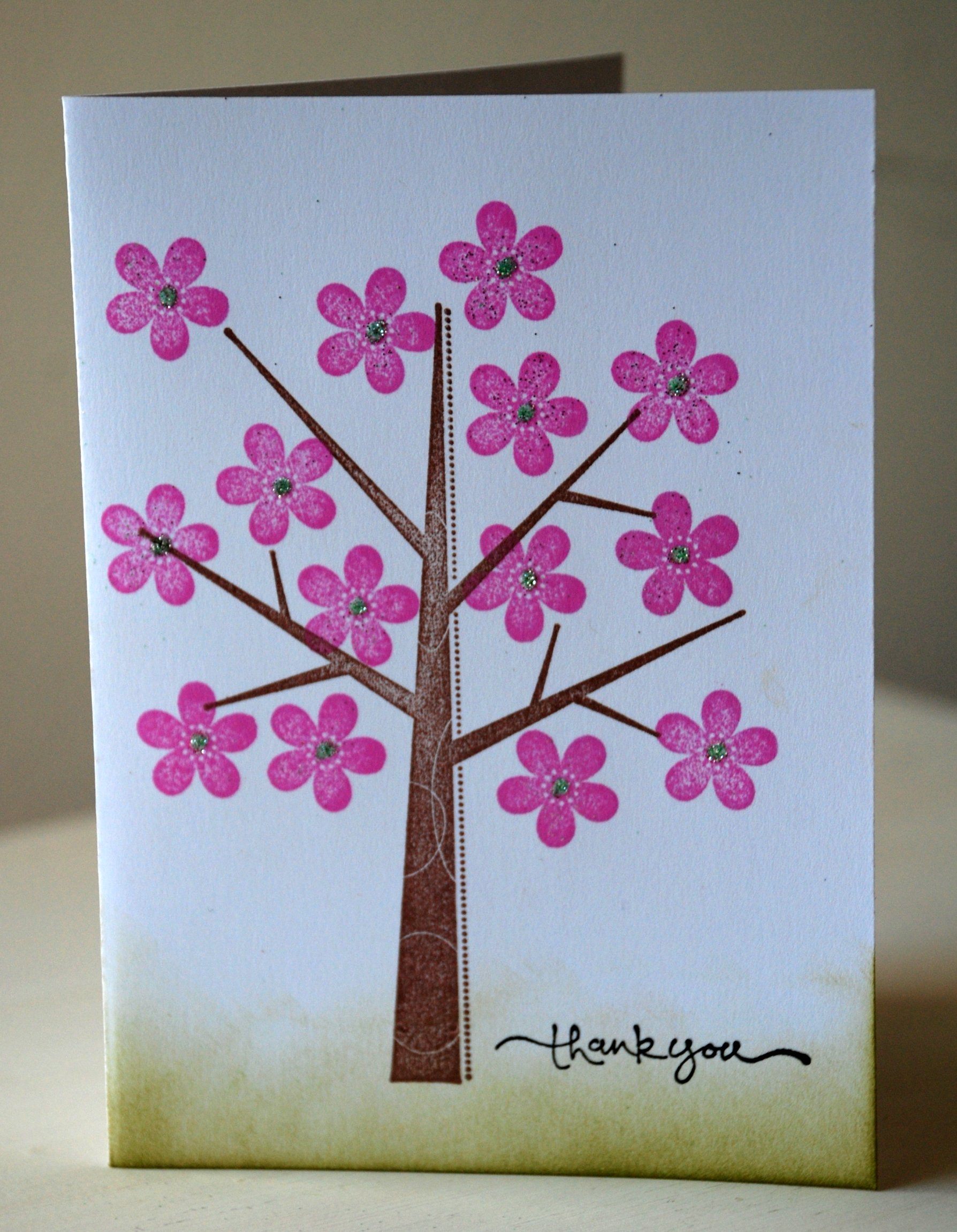 Gratitude is the fairest blossom which springs from the soul.
–Henry Ward Beecher

First, thank you to everyone who supported me in achieving this goal. Your encouragement and kind words were much appreciated.

This post is a general reflection of the goal and how it went, as well as an attempt to answer some of the questions that came up during the 100 days, for those of you who are considering doing this project on your own.

There were many expectations that I had for myself and for this goal when I started out, most of which didn’t turn out like I thought they would.

I thought I’d write 1 thank you note each day. What I actually did was write an average of 1 per day (1 at first, then none for a few days, then 5 the next day, etc). 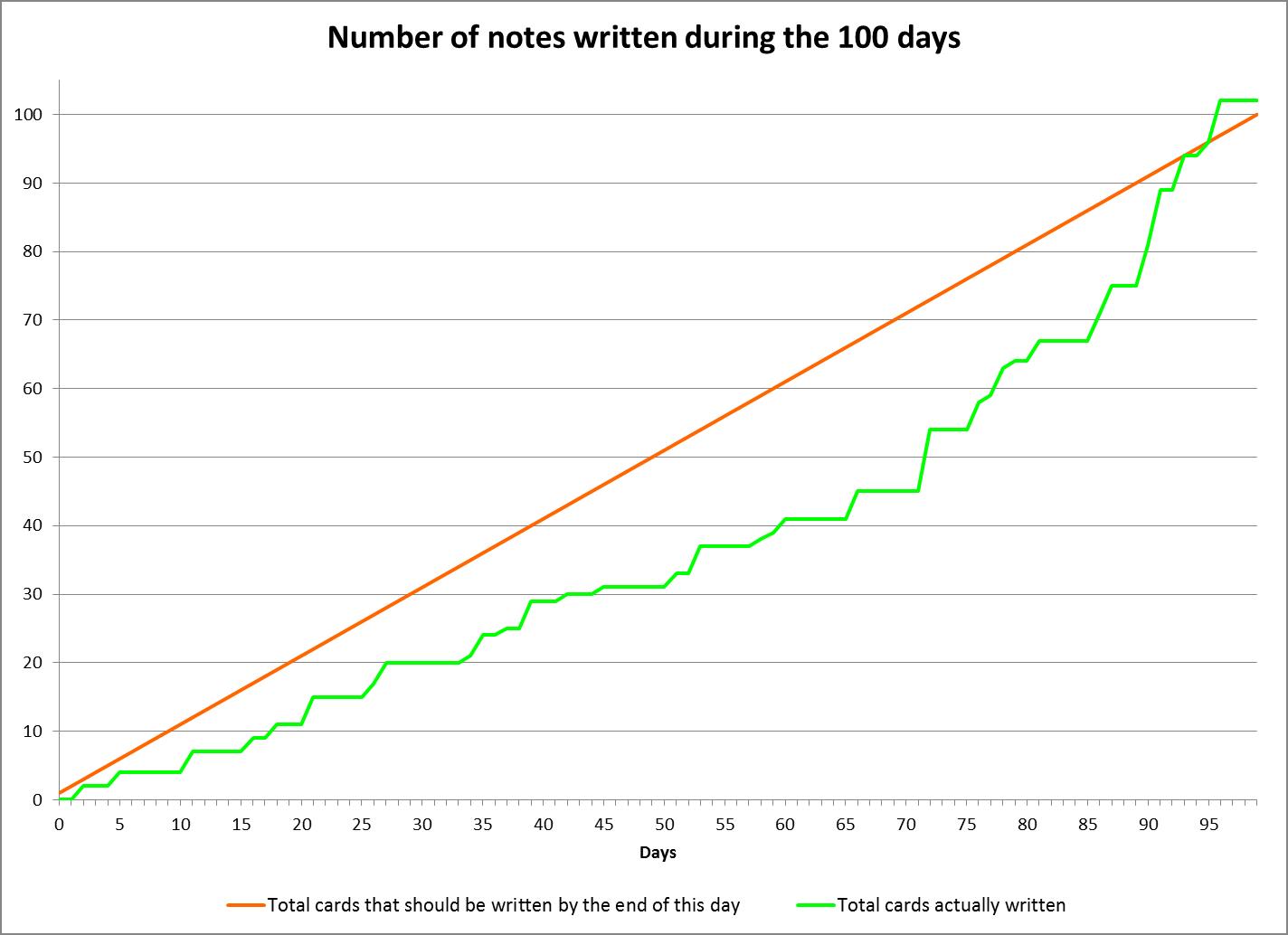 I thought it would “give me motivation and structure to be more intentional about expressing gratitude” – This one happened, just by the nature of the goal. I am slightly surprised that I finished this goal, and even went 2 notes over goal in less than 100 days. Sometimes I get really excited about starting projects but don’t always finish them unless I have a deadline, which I did in this case, but 100 days seemed like a really long time/really far away (I know, it’s all perspective, 100 days isn’t really that long, but it felt that way at first, until I realized I only had 16 days left, and then it felt really fast!).

I thought I would suddenly become a more grateful person – It seems funny to think about now, but there really was a part of me that thought that by the end of 100 days, I would have this gratitude thing completely figured out. Silly me. There is no magical shortcut or special project that can hasten the process, but I still think the practice was good for me.

I thought this would be a one-way project, where I wrote cards to people, and then… that was it. Instead, I ended up getting many notes in return, which cheered me up and allowed me to be the recipient of other people’s gratitude. This made me realize graciously accepting gratitude takes more humility than sharing my gratitude with someone else.

I worried people wouldn’t think I was sincere if they found out about the goal, or that I wouldn’t feel sincere writing the notes because of the goal. This was a concern brought up by a few people when I told them about the goal, and that came to mind several times during these 100 days. I decided not to tell the people I was writing to, unless they asked about it, because I wanted to make sure that as much as possible this issue didn’t come up. Whenever it did come up, whether in my mind or in conversation, the important thing for me to remember was that I needed to write what I would have written regardless of whether I was doing it for this goal list item or as an individual thank you note. The 100 thank you notes wasn’t just a goal to meet, it was a prompt to be more grateful. It’s not insincere to write a card even if a gratitude project inspired it, unless you don’t mean it and you’re just writing it to meet a quota.

Another issue that came up was how to thank people in a way that they would be sure to get the note. I decided that as much as possible, I would send real mail to people (cards, letters, postcards, etc) because it’s fun to get mail. For the people I see on a regular basis, I tried to hand-deliver. For people I was unable to reach by any other written form of communication, I wrote in a journal (for example, I wrote a thank you to God, but this would also work for those who have passed away). Many people I sent notes to I communicate mostly through email, LinkedIn, or Facebook, so those are the methods I used to write their thank you notes. Website contact forms were used for organizations that didn’t list an email or have a mailing address. 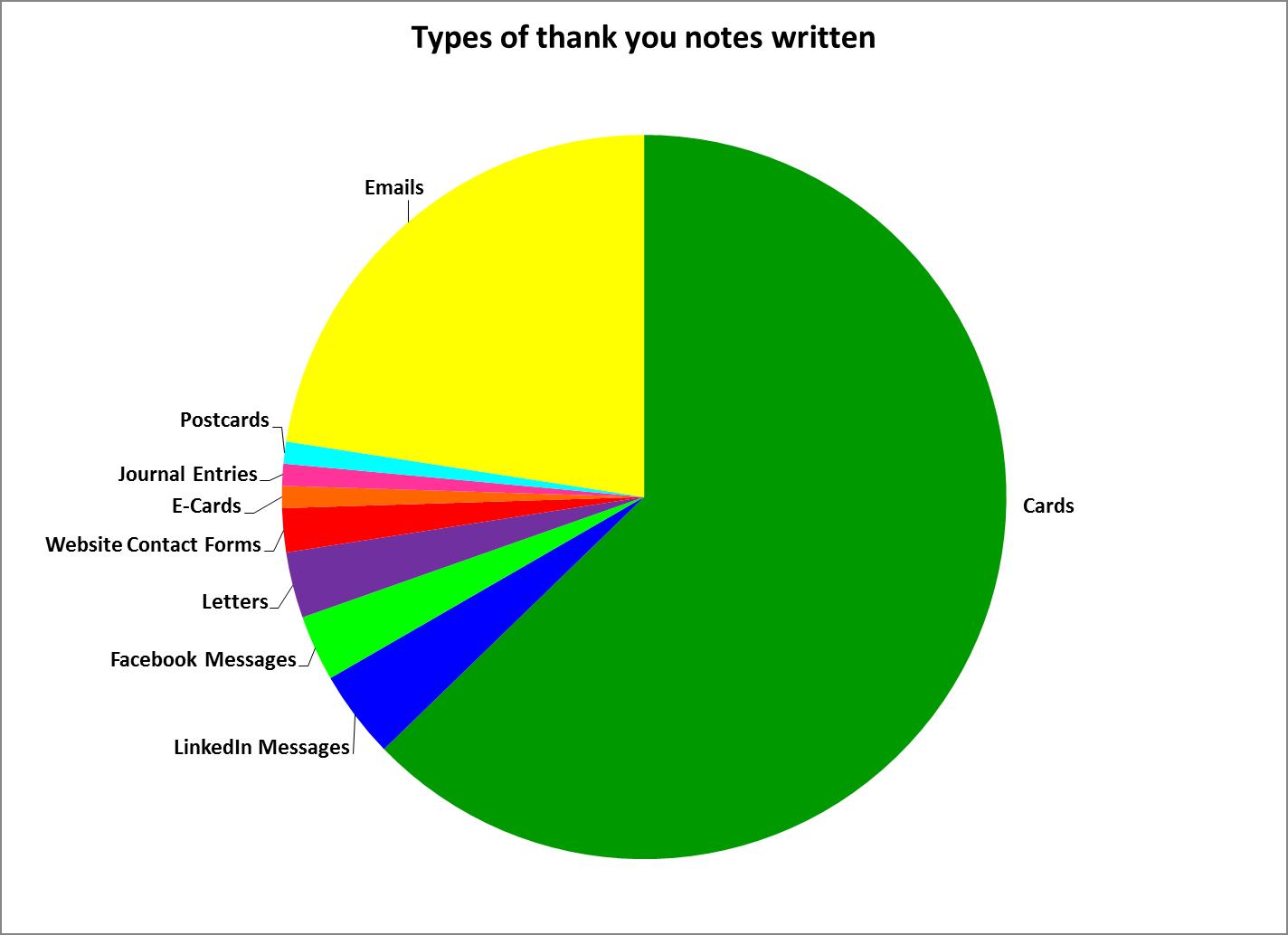 When I started this goal, I thought it would be easy to think of 100 people/organizations to write to, but the day I started planning who to write to, I only could think of about 40 (I quickly filled in the rest, and then realized there were still more people to thank after the 100). I also wanted to make sure that I sent groups of people their thank you notes at the same time, so that no one in the group felt left out, so I saved them after I wrote them until I had one for everyone in the group. For example, everyone at work got their card on the same day, or as close to it as I could.

I’m glad that I did this goal when I did. It helped me get in touch with friends I hadn’t talked with in a while, reminded me to notice things I was grateful for, and helped me express and receive gratitude. I would recommend a project like this to everyone.

If you want more info, you can:

Resource:
How to Be Thankful and Improve Your Life, an article by David Hochman from a 2009 Reader’s Digest issue. David shares his experience with his Month of Gratitude project, as well as tips about expressing gratitude from experts he interviewed, including this tip relevant to projects like the one I did: “‘If you overdo gratitude, it loses its meaning or, worse, becomes a chore,’ Martin E. P. Seligman, the author of Authentic Happiness, told me when I mentioned my slump. Be selective, he advised, and focus on thanking the unsung heroes in your life.”

Other Info:
If you want to get more posts like this delivered to your email, you can sign up for free.

Like this post? You can support me and this blog if you click here before shopping on Amazon, so that a small commission on whatever you buy will be sent to me at no extra cost to you.